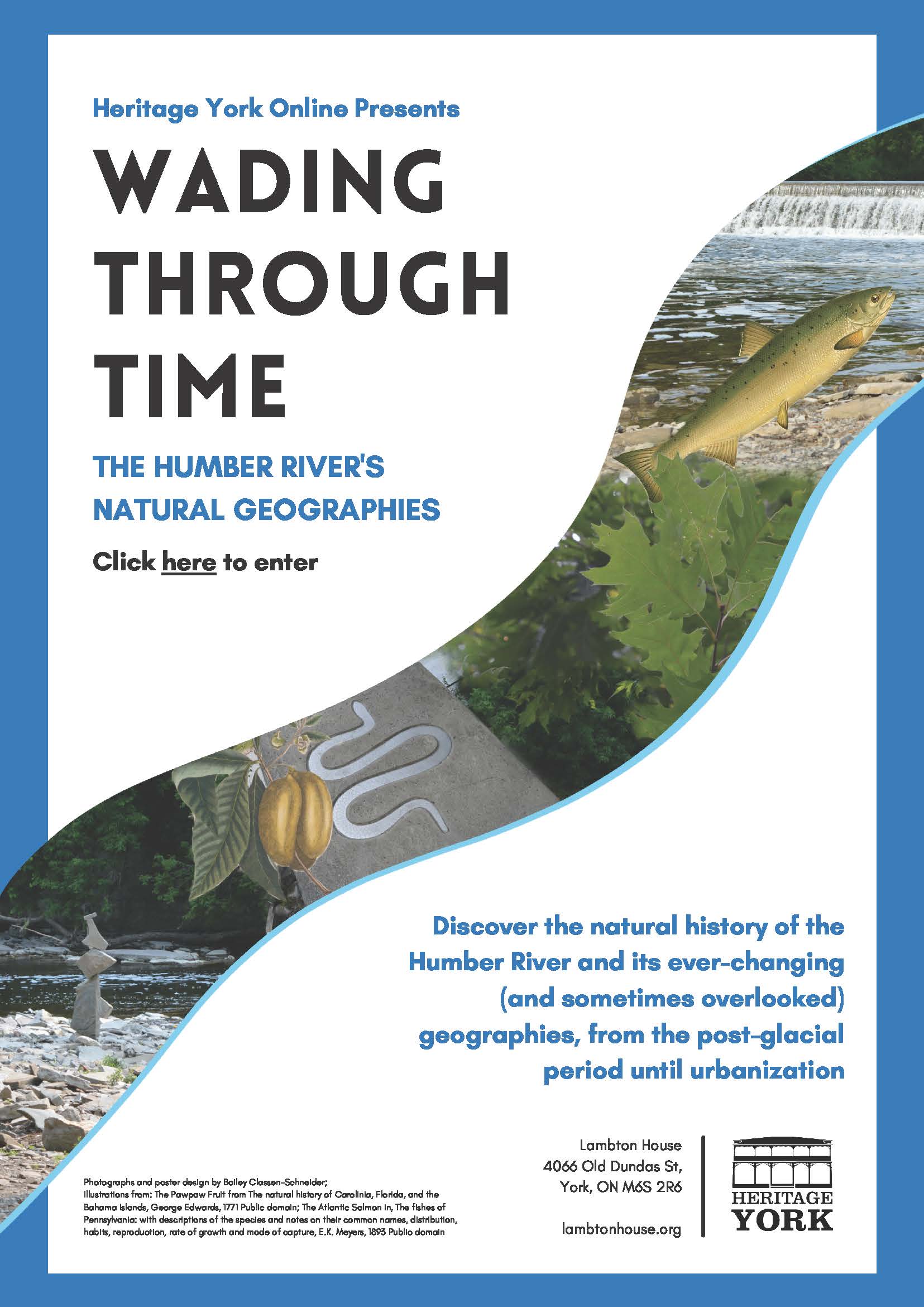 "Wading Through Time" invites you to discover the natural history of the Humber River and its ever-changing (and sometimes overlooked) geographies. Explore the river and its surrounding environment from the post-glacial period until urbanization and learn about the Humber’s rich and wondrous environmental history. (Click on poster to visit the exhibit) 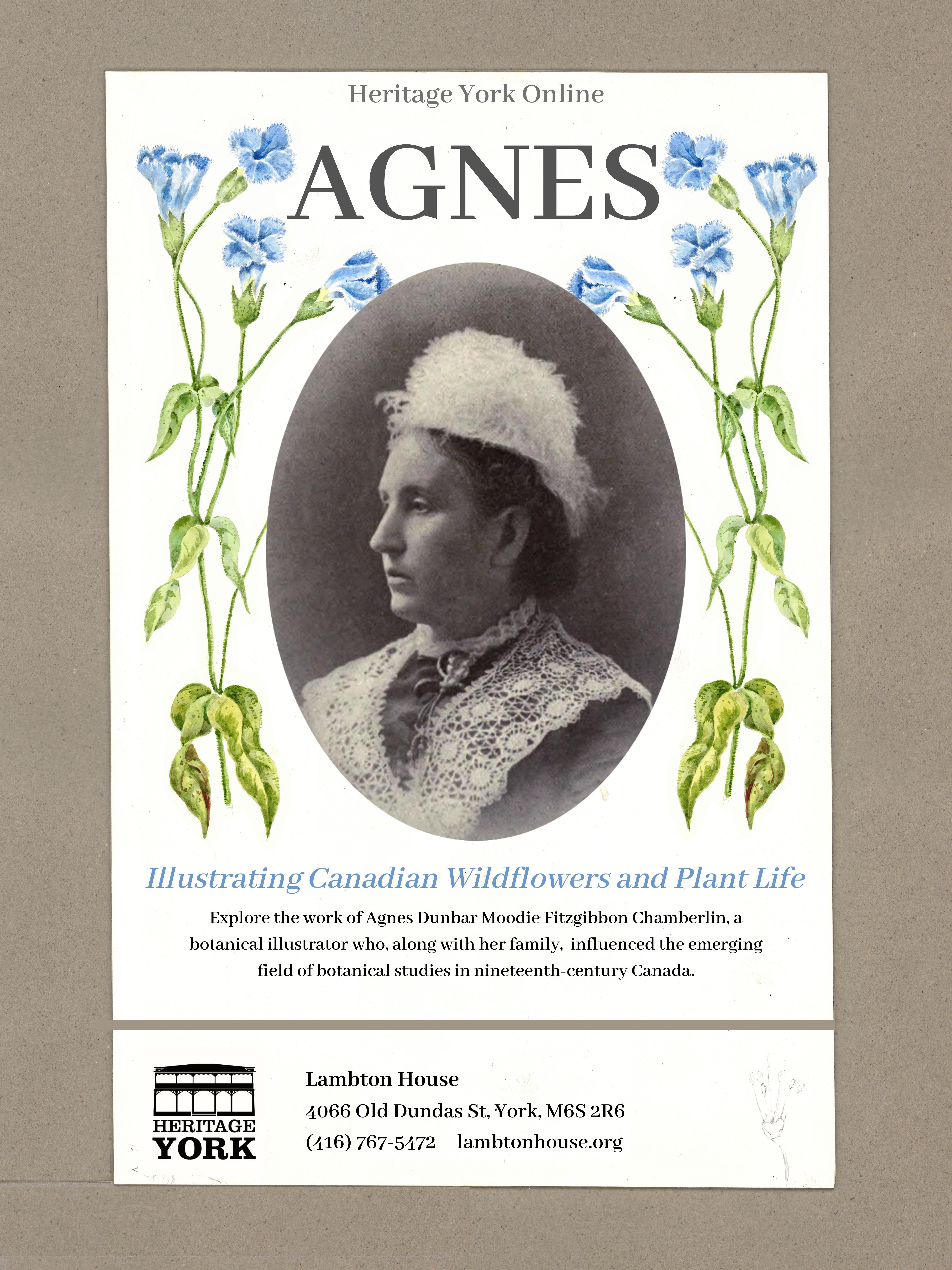 Explore the work of Agnes Dunbar Moodie Fitzgibbon Chamberlin, a botanical illustrator who,

along with her family, influenced the emerging field of botanical studies in nineteenth century Canada. 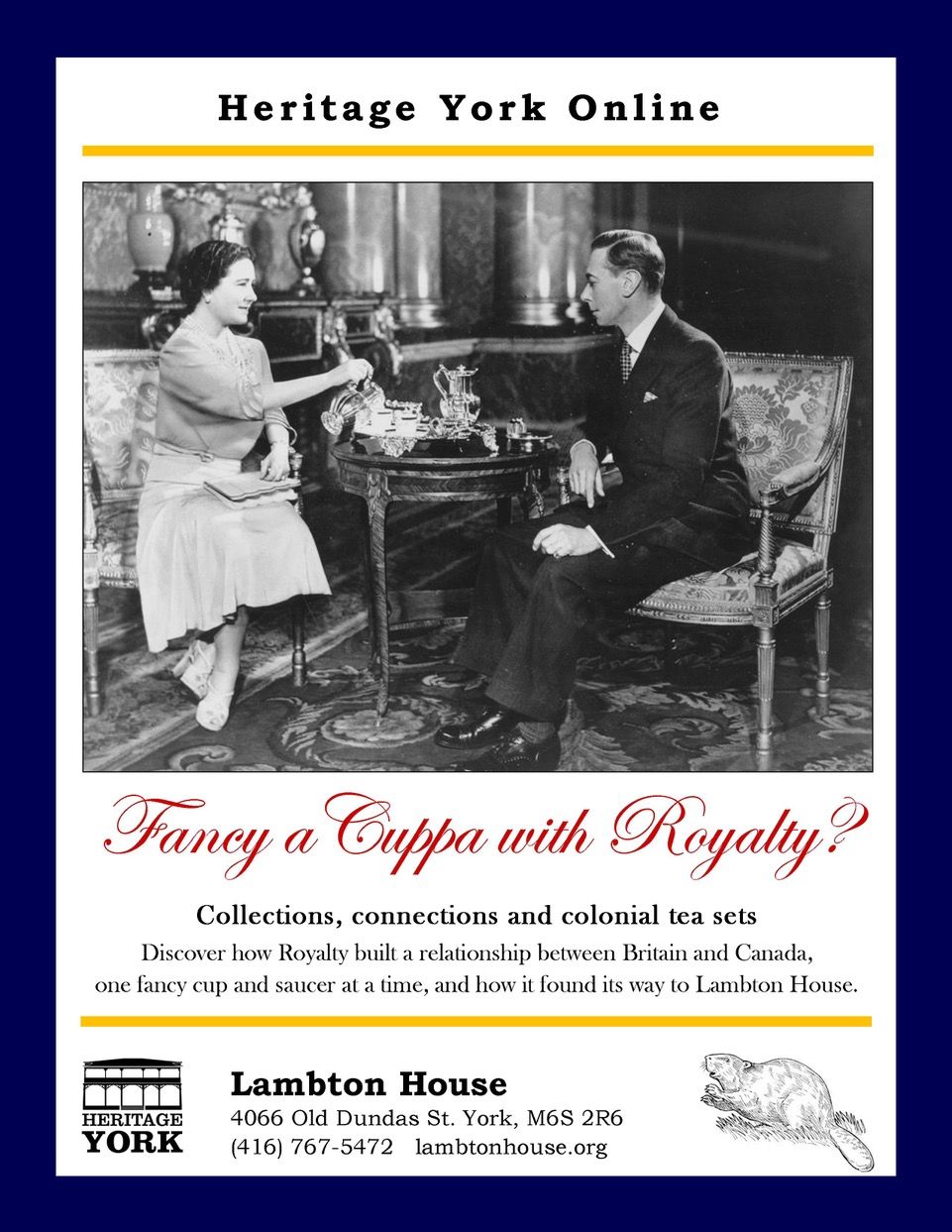 Discover how Royalty built a relationship between Britain and Canada, one fancy cup and saucer at a time, and how it found its way to Lambton House. 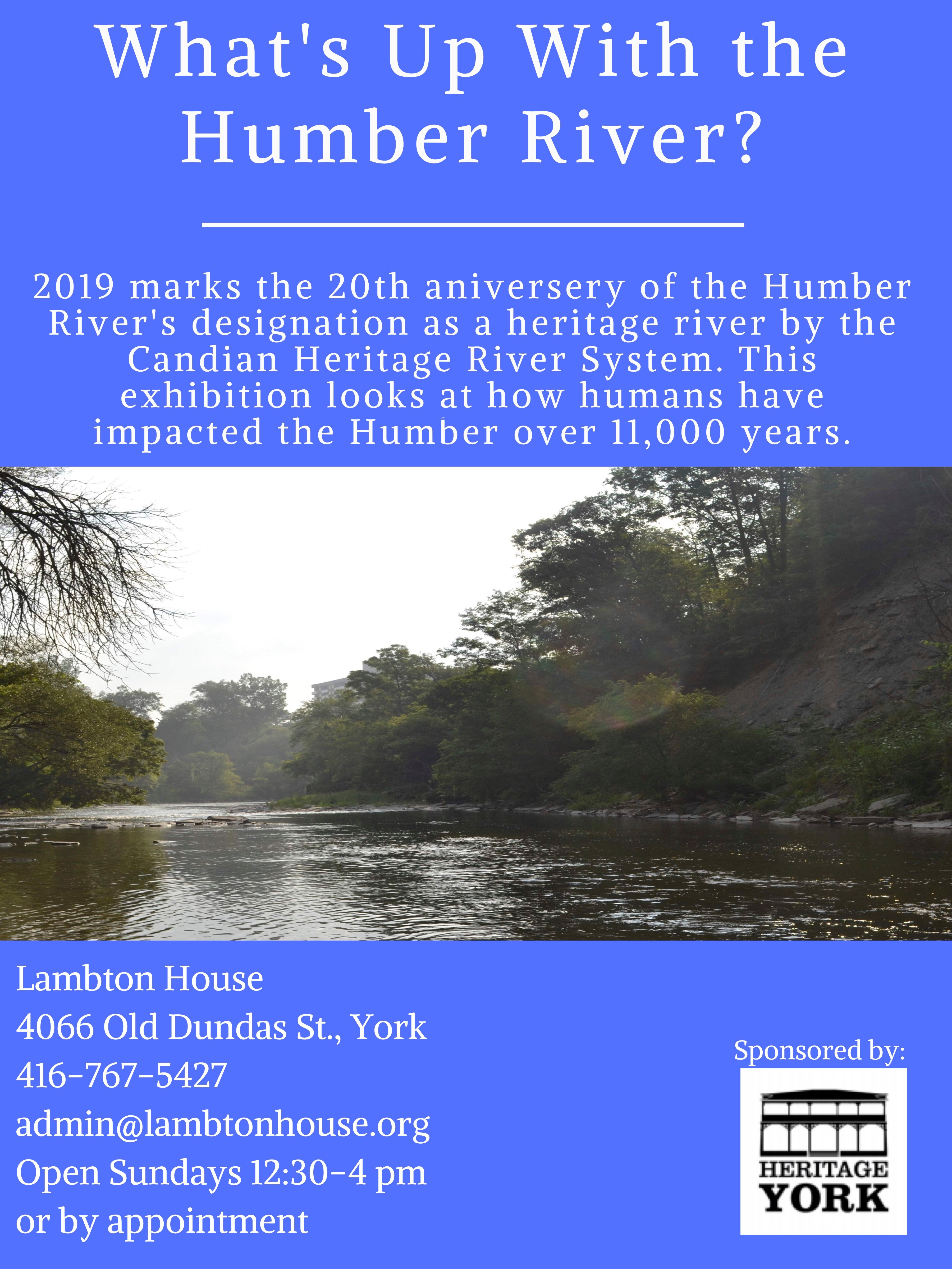 What's Up With the Humber River? Online Exhibition

Explore over 11,000 years of human impact on the Lower Humber River.

This exhibition was originally physically on display at Lambton House from January to July 2019. 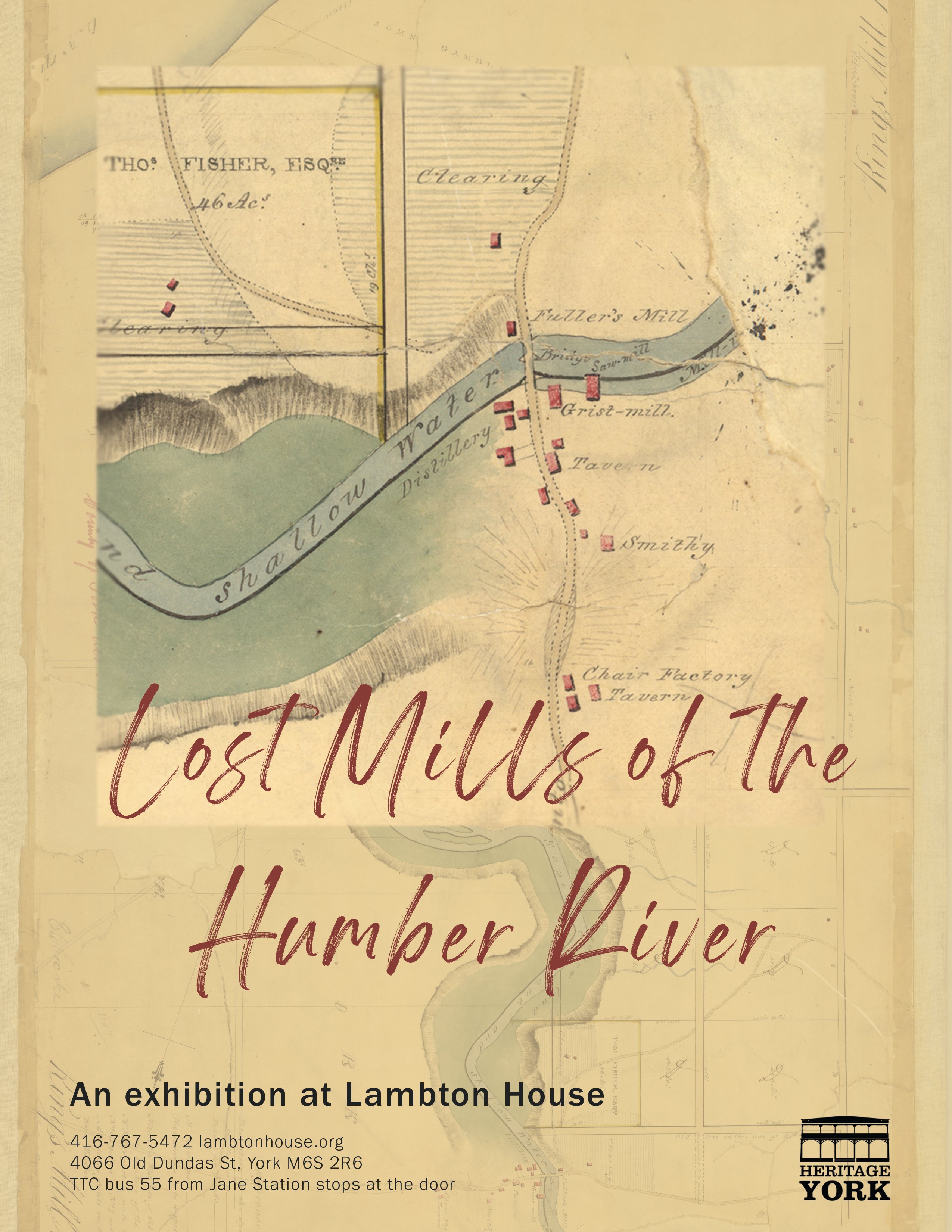 "Lost Mills of the Humber River" originally debuted as a physical exhibition at Lambton House in January 2020. Due to COVID-19 closures the exhibition has been recreated online for all to enjoy. Please also have a listen to the audio below to learn more and give our Humber Mills Bingo a try as you explore the exhibition.

In the Howland Room

Mills made John Graves Simcoe’s proposal for the colonization of Upper Canada possible. King’s Mill (circa 1793), on the lower Humber River, was the first industrial mill to be built in Toronto. Trading and settlement along the Humber transformed the Humber Valley. But what happened to the Mills? 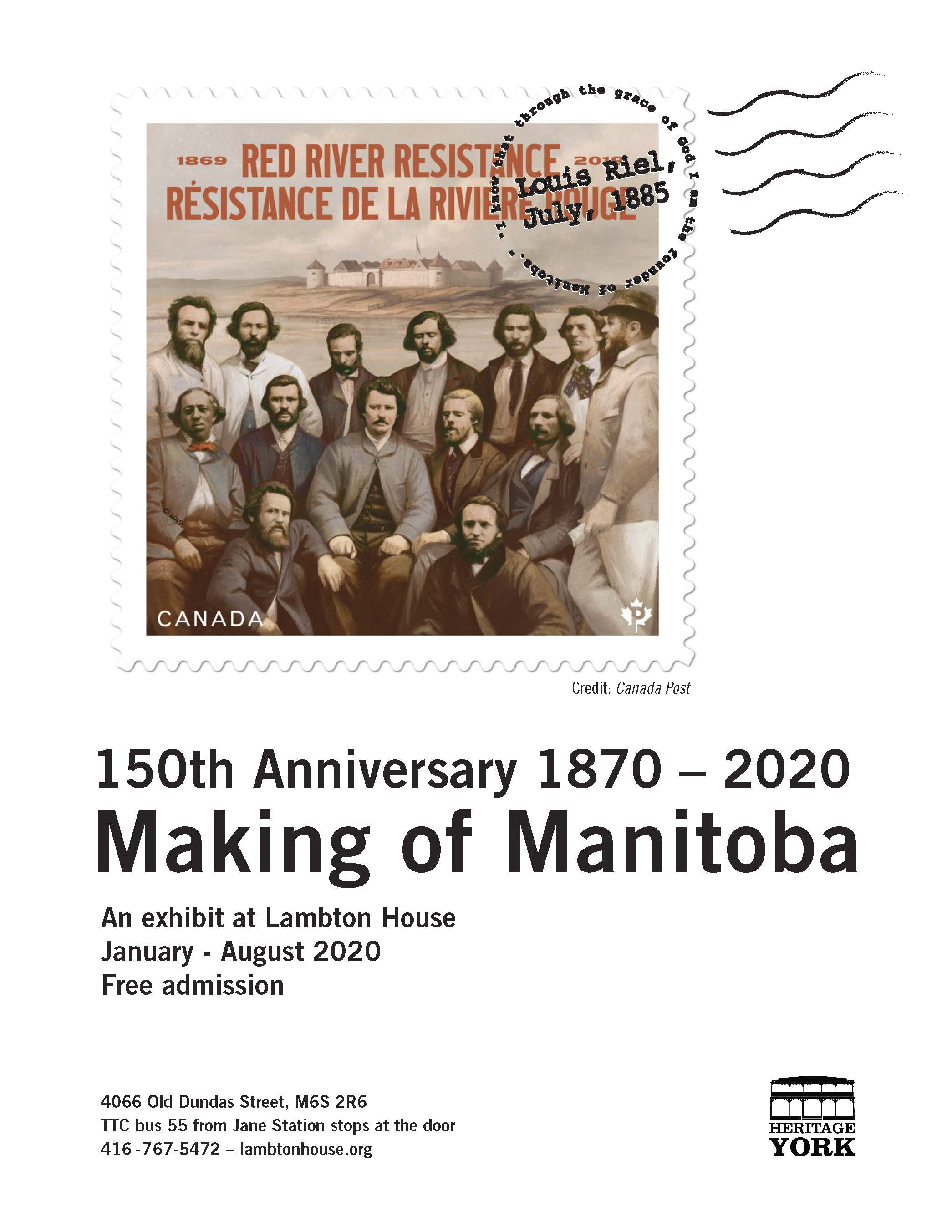 In the Humber Room

“Making of Manitoba” features the story of the Red River Resistance and the role of Métis who changed the course of Manitoba’s history. Louis Riel, a Métis leader, was born in the Red River Settlement and educated at St. Boniface and Montreal. Riel, a passionate defender of the Métis, advocated guarantees for their land, language and political rights. His leadership inspired the creation of Manitoba as Canada's fifth province on July 15, 1870. Ontario’s Lieutenant-Governor, Sir W P Howland, helped raise the volunteer militia sent to enforce federal authority. 2020 marks the 150th Anniversary of the creation of the province of Manitoba.

Canada Post released a new stamp to honour Louis Riel and the Red River Resistance on November 6, 2019 and the Royal Canadian Mint issued the 2019 Special Edition Proof Dollar recognizing Louis Riel as Leader of the Métis Nation and Father of Manitoba.

Online Exhibition: The City of York

Follow along as we highlight the Bryce Collection; a collection of lantern slides donated to Heritage York in 2000. Within these slides a story of the former city of York emerges. See contemporary and archival photography of the places and spaces that we work in, build up, commute through and inhabit.