Heritage York acknowledges the lands we are on were part of and subject to the Dish With One Spoon Wampum Belt covenant, an agreement between the Haudenosaunee and the Confederacy of the Anishinaabe and allied nations, to peaceably share and care for the resources around the Great Lakes including along the Humber River.

We also acknowledge this land has been sacred territory of ancestral Wendat and Tionontati First Nations, Haudenosaunee peoples, and most recently Mississaugas of the Credit First Nation.

Today, Toronto is home to many Indigenous people from across Turtle Island, including Métis, and we celebrate the Covenant which binds all generations to protect and care for these sacred lands on which we gather today.

Lambton House formerly known as the Lambton Tavern or the Lambton Hotel, is the last remaining in situ building from the 19th century milling/industrial era on the Humber River. It is located in the former village of Cooper’s Mills, renamed Lambton Mills in 1847. Lambton House stands as a link to Sir William P. Howland, a Father of Confederation who once owned the property on which Lambton House sits.

Lambton House was a stagecoach inn and tavern located on the east bank of the Humber River on Old Dundas Street. There is evidence that there has been a tavern on this site since the 1820s. The current brick structure you see today was first found in the 1860/1861 assessment roll and was most likely designed and built by William Tyrrell of Weston. The building site was designated a heritage property in 1985 by the former City of York. It closed its doors as a tavern by 1989 with the purchase of the property for development of an apartment building. Through negotiations, it was acquired by the City of York, now part of the City of Toronto, and is currently operated by Heritage York, a registered charity.

Lambton House has hosted many events, including being the focus for the City of York bi-centennial celebrations in 1993. The completion of four phases of restoration has allowed the Lambton House to once again become a hub of social and community activity including the built, cultural and natural heritage.

Lambton House was designated by the Province through the Ontario Heritage Trust.

Heritage York was founded in 1991 with the goal of preserving the built and natural heritage of the former City of York. It also provides educational programmes to increase people’s awareness of the usefulness of our history, buildings and structures and their value in today’s context and in the future. Heritage York preserves Lambton House, the last remaining landmark of Sir. William Howland’s Lambton Mills.

Heritage York is governed by a working Board, which organizes and facilitates educational programming, educational events, walks, talks and tours and keeps Lambton House open as a hub of social activity and built, cultural and natural heritage. The Board is made up of diverse backgrounds, many of whom have been serving for several years. The Board is always open and receptive to new members.

Each year, Heritage York hires summer students/interns to work on a variety of historical, educational, exhibit and tour programming.

For 2022, we have applied for 3 summer interns under the Canada Summer Jobs program. If you are interested in reviewing, and possibly applying, for one of the positions, click the link to the description of the 3 positions.

Click here to see the 3 postings and application information. 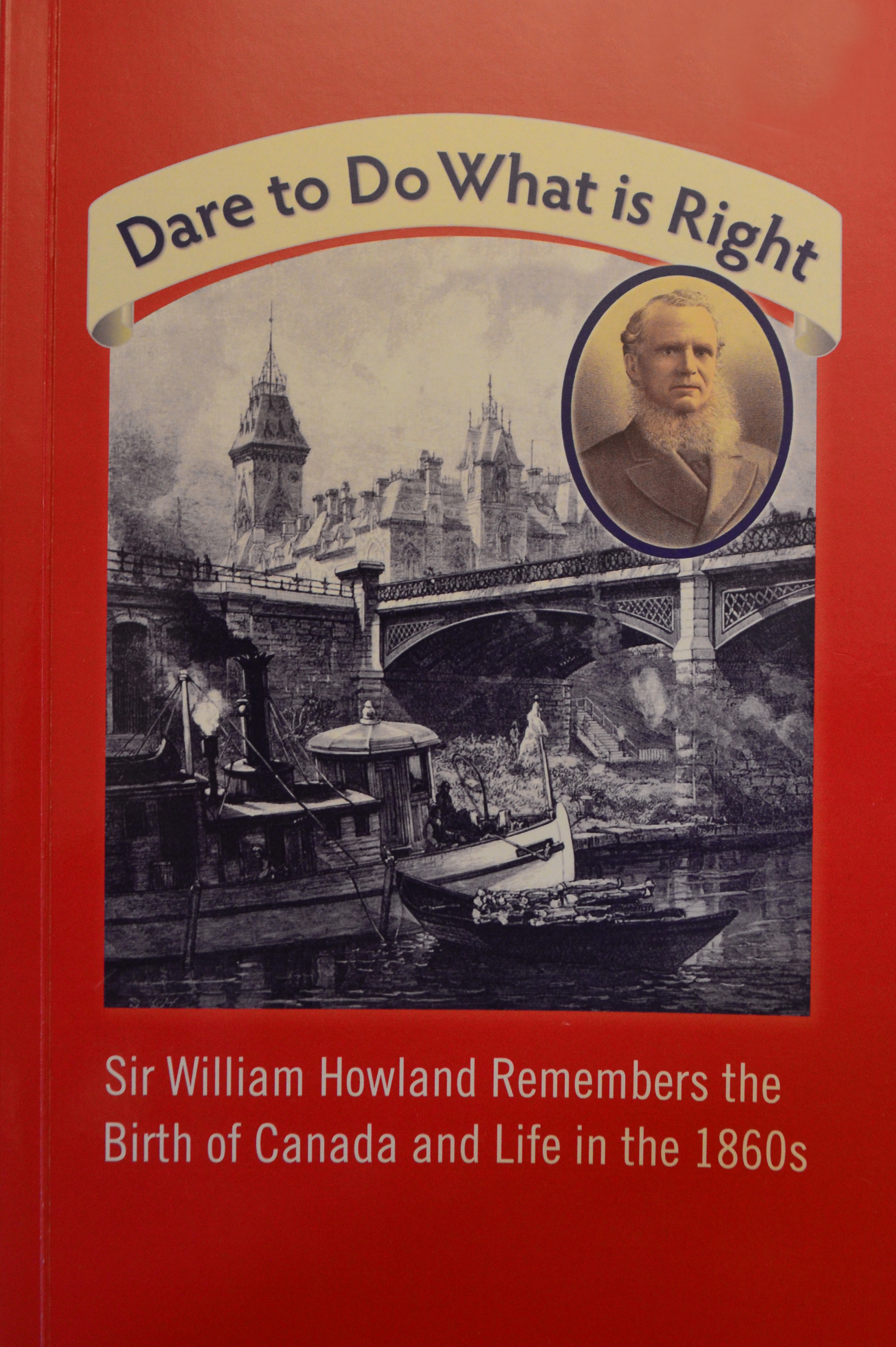 The autobiography of Sir William Howland, describing a life that encompasses the negotiation of Confederation, the politics of the 1860s and the growth of Canadian business. Sir William Howland provides vivid portraits of George Brown, William Lyon Mackenzie, Sir George-Etienne Cartier and other leaders of the day, and explores the challenges of expanding to the West. He also describes his youthful adventures in the Thousand Islands and Jefferson County, New York, in the early 1800s.

Transcribed by nephew William Ford Howland in 1933, from a source no longer available, this autobiography only exists in typescript within three archives around Ontario. Diligently digitized by Heritage York President Michael Freeman from the Archives of Ontario’s copy, this record represents the self-reflection of Howland as dictated in 1906.

Published in partnership with